"I like nonsense, it wakes up the brain cells. Fantasy is a necessary ingredient in living, It's a way of looking at life through the wrong end of a telescope. Which is what I do. And that enables you to laugh at life's realities."
Posted by Mr. Lee at 2:17 AM No comments:

Lie still, sleep becalmed, sufferer with the wound
In the throat, burning and turning. All night afloat
On the silent sea we have heard the sound
That came from the wound wrapped in the salt sheet.

Under the mile off moon we trembled listening
To the sea sound flowing like blood from the loud wound
And when the salt sheet broke in a storm of singing
The voices of all the drowned swam on the wind.

Open a pathway through the slow sad sail,
Throw wide to the wind the gates of the wandering boat
For my voyage to begin to the end of my wound,
We heard the sea sound sing, we saw the salt sheet tell.
Lie still, sleep becalmed, hide the mouth in the throat,
Or we shall obey, and ride with you through the drowned.
Posted by Mr. Lee at 9:40 PM No comments:

"Dig Deeper is a feature length documentary in the early stages of production. It revolves around a unique monthly live soul music event held in Brooklyn, New York. The events are organized by two friends who are both rare soul record collectors and DJs-turned-promoters by default." ... continues here at the film's fundraising website.
Posted by Mr. Lee at 11:45 PM No comments: 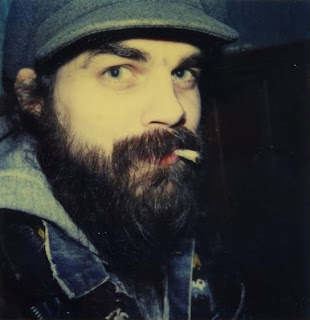 Jerry Williams moved to New York in 1979 to further the hardcore music he and his band Th' Cigaretz, who had formed in 1977, had been working on. Realizing that Raleigh, North Carolina was not the best place in the world to be a punk band, the group made the move; shortly thereafter Th' Cigaretz released a 12" EP. As history would have it, a copy fell into the hands of Dave Parsons (Ratcage Records) who wrote a glowing review of it in Mouth Of The Rat. Parsons introduced himself to Williams following one of Th' Cigaretz NYC performances and from that time on they remained close friends.
In September of 1980, Jerry Williams would begin renovating the interior of 171A. Previously the place had been a glass shop, but after moving in their PA equipment Williams went on to build a stage at the front and an audio booth in the back. By November the 171A Studio was a venue used to house after-hours parties where downtown bands like The Cooties would perform. For a few weeks everything went well with gigs happening on Friday and Saturday nights. However with a huge New Year's Eve show coming up, the New York Fire Department stepped in and stopped further shows from proceeding. Although 171A was indeed violating codes, it appeared very suspiciously that a rival club on the same street had tipped off the Fire Department. Since its opening 171 A had been cutting in on the weekend business of neighboring clubs by selling liquor without a license, so the motive was there.
By now though 171A had gained a lot of name recognition around town, so instead of shutting it down completely Williams decided to change it into a rehearsal studio. At the time, most of the available rehearsal spots in New York City were tiny little rooms, but 171A offered much more. Jerry described it as being like "...a full sized room with 15 foot ceilings and a floor space 60 feet long and provided recording artists with a quality PA system suspended from the ceiling. It was a cut above other rehearsal studios and since it was about half the size of CBGB's it produced a very similar sound."
Over the next few years, 171A Studio would go on to be used by the Bad Brains (who recorded their famous ROIR cassette there*), Reagan Youth, Beastie Boys, the Young And Useless, Richard Hell, The Toasters (then known as Not Bob Marley), and many others. In the fall of 1981, Jerry was working extensively with the Bad Brains and actually formed a post-Cigaretz group comprised of Bad Brains roadies who called themselves Bloodclot. Williams played guitar, the Bad Brains drum tech Alvin Robertson did drums, John Joseph (who went on to the Cro-Mags) did vocals, and lastly Ted Horowitz rounded out the Bloodclot line up. Although Bloodclot never released an album, they did perform many live gigs opening for the Bad Brains. [taken from Jerry Williams' MySpace page, with additions] 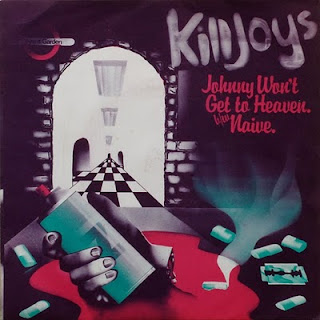 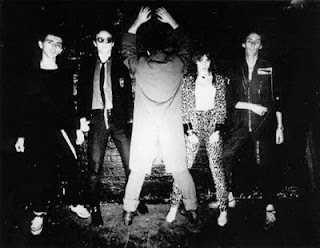 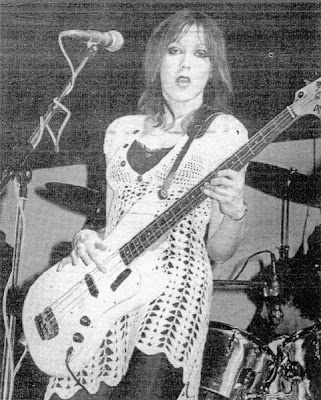 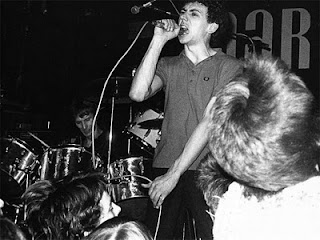 The Killjoys formed in late 1976 in Birmingham, England and originally featured Kevin Rowland on vocals, Ghislaine "Gem" Weston on bass, and Mark Philips on guitar — all of whom were previously in the band Lucy & The Lovers — with the addition of Lee "Joe 45" Burton on drums and Heather Tonge who handled backing vocals. (Later members included Keith Rimell, Bob Peach, and Kevin "Al" Archer.) The band released one scorching, snot-filled 45 on Raw Records in 1977, a track on the Raw Deal! compilation LP, two radio sessions, and a handful of demo tracks, before imploding.
[Post-Killjoys action: Rowland and Archer went on to form Dexys Midnight Runners, while Peach, Phillps and Weston formed Out Of Nowhere (later known as Luxhound Deluxe). When Luxhound Deluxe split-up, Weston joined Girlschool.]
Download: "Johnny Won't Go To Heaven" b/w "Naive" 45
(Bonus download: "At Night" from Raw Deal! LP)
Dig: Raw Records illustrated discography
Posted by Mr. Lee at 12:15 AM 1 comment:

"Humanity has unquestionably one really effective weapon — laughter. Power, money, persuasion, supplication, persecution — these can lift at a colossal humbug — push it a little — weaken it a little, century by century; but only laughter can blow it to rags and atoms at a blast. Against the assault of laughter nothing can stand. "
Posted by Mr. Lee at 2:17 AM No comments:

(I Got The) Talking Charlie Brown Blues 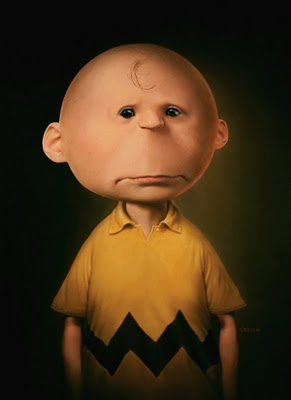 If I Had A Hammer 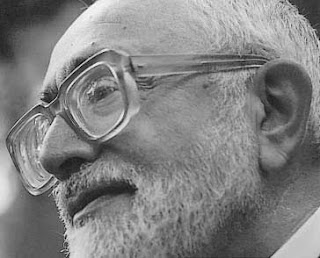 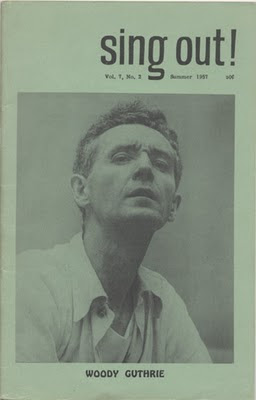 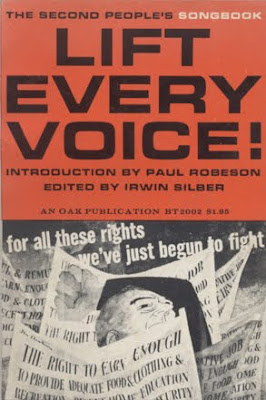 Irwin Silber
Rest In Peace
"Irwin Silber, a founder and the longtime editor of the folk-music magazine Sing Out!, who was one of the prime movers behind the folk-music revival of the 1950s and 1960s and, on a famous occasion, treated Bob Dylan to a public scolding for abandoning his political songs, died on Wednesday in Oakland, Calif. He was 84." ... Story continues here: Irwin Silber, Champion Of The Folk Music Revival, Dies at 84 (NY Times)

"There is much pain that is quite noiseless; and vibrations that make human agonies are often a mere whisper in the roar of hurrying existence. There are glances of hatred that stab and raise no cry of murder; robberies that leave man or woman for ever beggared of peace and joy, yet kept secret by the sufferer — committed to no sound except that of low moans in the night, seen in no writing except that made on the face by the slow months of suppressed anguish and early morning tears. Many an inherited sorrow that has marred a life has been breathed into no human ear."
Posted by Mr. Lee at 2:17 AM No comments:

Yes, We Will Look 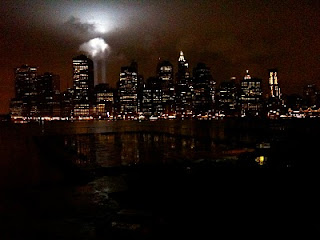 ""Look teacher," a child cried during a school evacuation as the towers were becoming pyres. "The birds are on fire." The infant was rationalizing the sight of human beings making a public choice between incineration and suicide, and often suffering the most extreme pangs of both fates. Yes, we will look. And yes, we will remember it long after other miseries have intervened." -Christopher Hitchens (from the essay For Patriot Dreams) 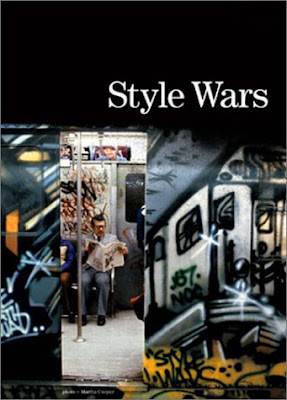 "In the early 1980s, Mayor Koch, enraged about graffiti, began buffing the city’s colorful, painted trains. In the end, he may have succeeded, but not before Tony Silver and Henry Chalfant captured the magnificent tidal wave of graffiti in their pioneering documentary, Style Wars. The film is seen around the world as an important footnote in hip hop culture and New York City history. Today, that history, too, is threatened. The original footage is damaged and fading. A new kind of buffing is taking place — a "celluloid buff" — that threatens to eradicate the record of the first brave and indomitable writers who took the world by storm.
Public Art Films is currently on a fund-raising mission to restore the original print, and to create a new high definition master which will preserve the record of the first painted trains to its original vivid colors. We’re inviting you to take part in this historic enterprise.
Twenty five years after its initial release there is still a strong, global demand for the film. In an effort to keep up with this demand we must be able to offer the film in the the most up-to-date formats. We are embarking on a project to restore Style Wars and bring it up to the highest technical standards available today in order to create a High Definition edition of the film. We will be transferring the original 16mm negative into full HD 1080p while cleaning and restoring the film during the process. The HD master will be better, sharper and more brilliant than the original. From it we can strike new prints, author new DVDs and participate in the digital economy.
We have looked at the original negative and discovered that it was damaged during the many years it has been in storage. Fortunately, it will be possible to repair it, using digital technology, painstakingly working on each damaged frame. The restored film will have unprecedented sharpness and clarity and the vibrant colors of the painted trains will be revealed in their original intensity." [taken from the Style Wars official website]
Dig: Save Style Wars!
Buy: Style Wars (original DVD)
Posted by Mr. Lee at 12:12 PM 4 comments: 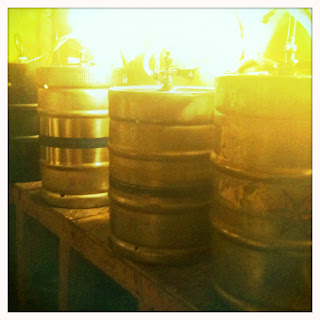 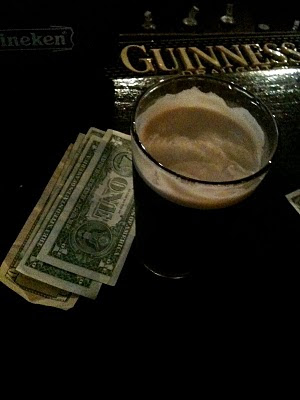 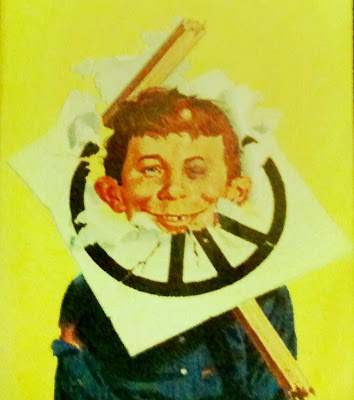 "War is an ugly thing, but not the ugliest of things. The decayed and degraded state of moral and patriotic feeling which thinks that nothing is worth war is much worse. The person who has nothing for which he is willing to fight, nothing which is more important than his own personal safety, is a miserable creature and has no chance of being free unless made and kept so by the exertions of better men than himself."
Posted by Mr. Lee at 2:09 PM No comments:

"I believe in the dignity of labor, whether with head or hand; that the world owes no man a living but that it owes every man an opportunity to make a living."
Posted by Mr. Lee at 1:11 PM No comments:

Labels: John D. Rockefeller, Quote Of The Week
Newer Posts Older Posts Home
Subscribe to: Posts (Atom)
Achilles In The Alleyway is a journal of art, prose, poetry, photography, politics, philosophy, life, death, and all the sounds that lie in between, over, under, sideways, and down.
All writing herein is copyrighted by Mr. Lee, unless otherwise credited.
All MP3s are posted for educational purposes and will be removed if there is an objection from the holder of the original copyright.