"There is nothing funny about Halloween. This sarcastic festival reflects, rather, an infernal demand for revenge by children on the adult world."
Posted by Mr. Lee at 11:29 AM No comments:

"We must not confuse dissent with disloyalty. When the loyal opposition dies, I think the soul of America dies with it."
Posted by Mr. Lee at 7:03 AM No comments:

When The Ship Comes In 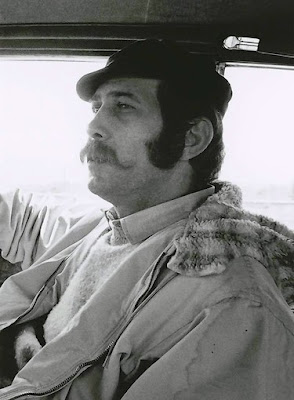 Barry Feinstein
Rest In Peace
"Barry Feinstein, a photographer who chronicled the lives of seminal rock'n'roll stars of the 1960s, and who was perhaps best known for the stark portrait of Bob Dylan on the cover of the 1964 album The Times They Are A-Changin’, died on Thursday in a hospital near his home in Woodstock, NY." ... Story continues here: Barry Feinstein, Photographer of Defining Rock Portraits, Dies at 80 (NY Times)
Dig: Barry Feinstein Official Site
Buy: Hollywood Foto-Rhetoric
Buy: Real Moments
Posted by Mr. Lee at 11:48 AM No comments:

Flowers In The Dustbin 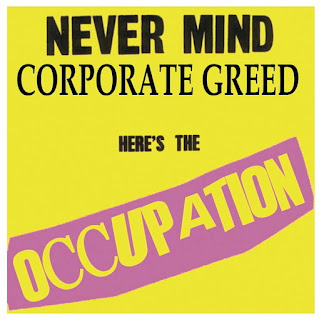 "It is better to be violent, if there is violence in our hearts, than to put on the cloak of non-violence to cover impotence. Violence is any day preferable to impotence. There is hope for a violent man to become non-violent. There is no such hope for the impotent. "
Posted by Mr. Lee at 2:17 AM No comments:


"Sunshine Rebels tells the story of a group of inner-city teenagers who in the 1970s came together in New York City’s Central Park and in the process left an indelible stamp on world culture through startling innovations in street art, alternative music and extreme sports.

A coming-of-age story set at the nadir of New York City history, and in the world’s most famous — and at that time infamous — park, abandoned and crumbling amid the city’s collapsed economy, the documentary reveals a unique and colorful 1970s subculture. The film highlights a family that formed at the Central Park Bandshell, a family that to this day is held together by the ties formed then.

Some became legends... Some moved on... Some died.

An important New York City story, Sunshine Rebels highlights the lives of intriguing figures who lived communally, intensely, at times ferally, in the shadowy grounds of Central Park's Naumburg Bandshell, the heart of a reeling and broken Gotham City. In the process they contributed to the cultural and artistic shifts that continue to have an impact today."

"Beware the irrational, however seductive. Shun the 'transcendent' and all who invite you to subordinate or annihilate yourself. Distrust compassion; prefer dignity for yourself and others. Don't be afraid to be thought arrogant or selfish. Picture all experts as if they were mammals. Never be a spectator of unfairness or stupidity. Seek out argument and disputation for their own sake; the grave will supply plenty of time for silence. Suspect your own motives, and all excuses. Do not live for others any more than you would expect others to live for you." [From the Daniel Pearl Memorial Lecture at UCLA, March 2010]
Posted by Mr. Lee at 12:41 PM No comments: 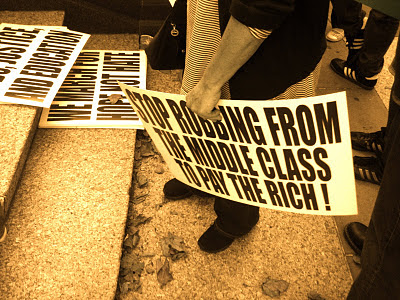 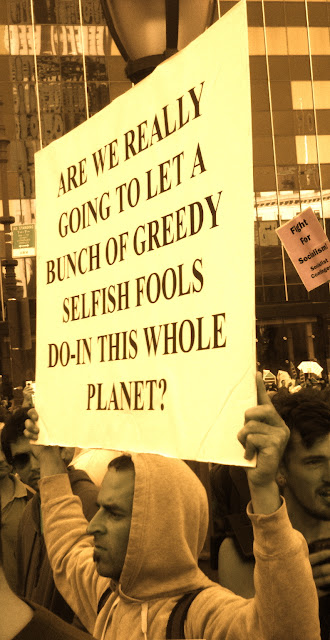 There Comes A Time 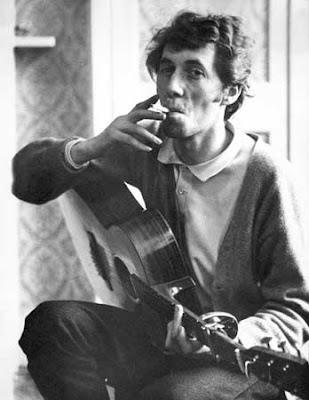 Bert Jansch
Rest In Peace
"Of all the guitarists to emerge from the early days of the British folk music revival, it was Bert Jansch, who has died aged 67, who had the most sustained influence, not only within folk circles, but also on the wider music scene. To Led Zeppelin's Jimmy Page, Jansch was "the innovator of the time … so far ahead of what anyone else was doing". Johnny Marr of the Smiths described Jansch's effect on his musicianship as "massive … one of the most influential and intriguing musicians to have come out of the British music scene." ... Story continues here: Bert Jansch Obituary (The Guardian)
Posted by Mr. Lee at 12:39 PM No comments: 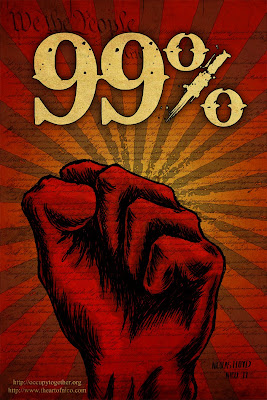 "Agitators are a set of interfering, meddling people, who come down to some perfectly contented class of the community and sow the seeds of discontent amongst them. That is the reason why agitators are so absolutely necessary. Without them, in our incomplete state, there would be no advance towards civilization." -Oscar Wilde
Dig: October 5th Community & Labor March On Wall Street
Posted by Mr. Lee at 4:25 PM No comments:

Labels: Mario Savio, Quote Of The Week
Newer Posts Older Posts Home
Subscribe to: Posts (Atom)
Achilles In The Alleyway is a journal of art, prose, poetry, photography, politics, philosophy, life, death, and all the sounds that lie in between, over, under, sideways, and down.
All writing herein is copyrighted by Mr. Lee, unless otherwise credited.
All MP3s are posted for educational purposes and will be removed if there is an objection from the holder of the original copyright.