"We are all so guilty at the way we have allowed the world around us to become more ugly and tasteless every year that we surrender to terror and steep ourselves in it."
Posted by Mr. Lee at 12:15 PM No comments:

Stuck In The Middle With You 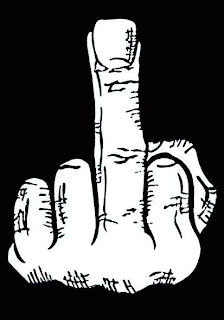 Big thanks to the complete asshole who reported Achilles In The Alleyway for sharing two long out-of-print songs, despite the notice stating clearly that we'd remove anything if there was ever an issue. (We never put up entire albums, just a song or two to illustrate a post... It's all for the love of music and music history, and we'd never do anything to hurt any artist or take money from their pockets.)
Posted by Mr. Lee at 10:53 AM No comments:

Digging For Gold: Vs. 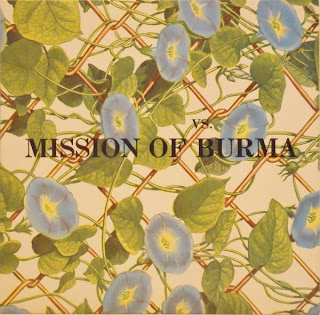 This is yet another record my brother taped for me in high school, I wanna say in1986; I believe the flip side was the first Killing Joke record. Anyway, it completely floored me. From the first twitchy, metallic, searing guitar riff on the opener "Secrets" to the epic last track "That's How I Escaped My Certain Fate," I was perplexed and enveloped by this record. It was like nothing I had ever heard and still has that immediate impact. Crazy to think this record is 31 years old as it sounds fresh and exciting right now. I know it sounds cliched but this record IS epic. I remember hearing all the weird sounds, tape loops, textures and then coming to realize that it was an actual band member doing all that. His instrument was JUST effects... crazy. The band's constant touring and playing to small crowds when they were first around has been thoroughly documented. My wife saw them at Danceteria in the early '80s with like 10 other people in the audience. But in one of the cooler developments for such an influential band, they have a second life now (not unlike their fellow innovators, Wire): they actually release new records and play to sold out crowds at big venues getting the praise they deserve. I saw the first reunion shows at Irving Plaza, before they started to write and release new records. It was like seeing a huge arena band reunion where everyone in the audience (mostly men in the 40s of course) were singing along to every song, pumping fists. I am sure there was a tear or two shed in that crowd of diehard music geeks! My brother saw them a lot back in the day and he joined me for that Irving show, which was great. Haven't listened to this whole record in a while, and just gave it a spin this morning. 31 years later, it has lost none of its urgency, innovation, great songs and EPIC quality.


Dig: "That's How I Escaped My Certain Fate"

"Why do people have to be this lonely? What's the point of it all? Millions of people in this world, all of them yearning, looking to others to satisfy them, yet isolating themselves. Why? Was the earth put here just to nourish human loneliness?"
Posted by Mr. Lee at 9:46 AM No comments:

Poor Boys Born In The Rubble 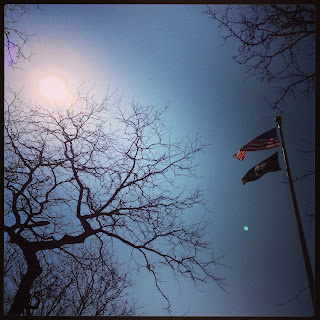 "Ring the bells that still can ring. Forget your perfect offering.
There is a crack in everything. That's how the light gets in."

Digging For Gold: Church Of Anthrax 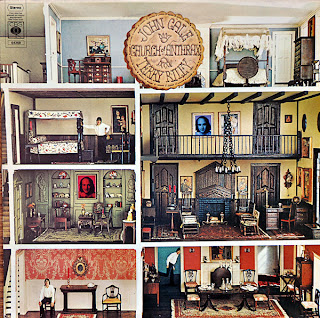 Cool collaboration between two minimalist composers/musicians. Before Velvet Underground, Cale was performing minimal pieces with the likes of La Monte Young, Tony Conrad, etc. while Riley is one of the pioneers of the movement with "In C." This has the two playing various pianos, synths, organs; on the opening track, Cale plays a cool bass-line. On the two long tracks there's a killer drummer too, who is criminally not credited on the record... I read a bit online and found out it was David Rosenboom from Blood, Sweat And Tears! His jazzy, in-the-pocket groove gives the pieces an early Krautrock-kinda feel; Can or Neu come to mind. Good stuff.

Text by Tom Hyland, formerly of The Shop Fronts and Imaginary Icons,
as well as the man behind the much-missed Dot Dash booking empire. Be sure to
check out Gowanus Wine Merchants, his shop in scenic Brooklyn, U.S.A.
Posted by Mr. Lee at 10:32 AM No comments:

"I'm not concerned with your liking or disliking me... All I ask is that you respect me as a human being."
Posted by Mr. Lee at 12:37 PM No comments:


Philip Roth reads from American Pastoral (1997), his elegy for the 20th Century's promises of prosperity, civic order and domestic bliss.
Posted by Mr. Lee at 12:23 PM No comments: 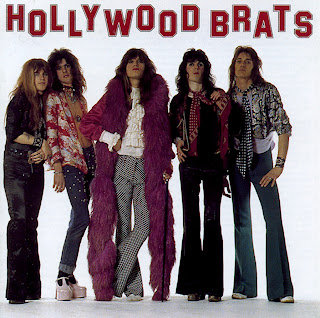 A real gem! The Hollywood Brats were a glam-era, pre-punk band from early 1970s. The band included Casino Steel (who later co-founded The Boys). The recordings, from winter of '73-'74, didn't come out until 1979 and 1980 on Cherry Red (reissued via Italy's Get Back in the early 2000s). Amazing guitar-fueled rock'n'roll in the NY Dolls tradition (the opening track has a Johnny Thunders riff for sure). A few songs were later re-recorded by The Boys for their first full length ("Sick On You" and 'Tumble With Me.") Essential.


Digging For Gold is a new A.I.T.A. column by Tom Hyland, formerly of
great NYC bands The Shop Fronts and Imaginary Icons, as well as the man
behind the much-missed Dot Dash booking empire. Be sure to check out
his new wine shop, Gowanus Wine Merchants in scenic Brooklyn, U.S.A.
Posted by Mr. Lee at 10:20 AM No comments: 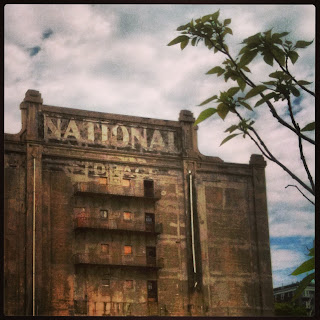 "To find everything profound — that is an inconvenient trait. It makes one strain one's eyes all the time, and in the end one finds more than one might have wished."
Posted by Mr. Lee at 10:21 AM No comments:

A Day Without Limits 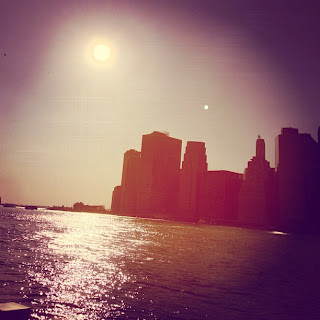 "When spring came, even the false spring, there were no problems except where to be happiest. The only thing that could spoil a day was people and if you could keep from making engagements, each day had no limits. People were always the limiters of happiness except for the very few that were as good as spring itself."

The Balcony Is Closed 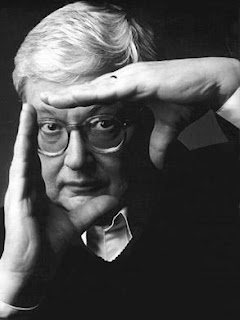 "It was reviewing movies that made Roger Ebert as famous and wealthy as many of the stars who felt the sting or caress of his pen or were the recipients of his televised thumbs-up or thumbs-down judgments. But in his words and in his life he displayed the soul of a poet whose passions and interests extended far beyond the darkened theaters where he spent so much of his life." ... Story continues here: A Film Critic With The Soul Of A Poet (Chicago Tribune)

"We are imperfect mortal beings, aware of that mortality even as we push it away, failed by our very complication, so wired that when we mourn our losses we also mourn, for better or for worse, ourselves. As we were. As we are no longer. As we will one day not be at all."
Posted by Mr. Lee at 10:10 AM No comments:

Labels: Joan Didion, Quote Of The Week
Newer Posts Older Posts Home
Subscribe to: Posts (Atom)
Achilles In The Alleyway is a journal of art, prose, poetry, photography, politics, philosophy, life, death, and all the sounds that lie in between, over, under, sideways, and down.
All writing herein is copyrighted by Mr. Lee, unless otherwise credited.
All MP3s are posted for educational purposes and will be removed if there is an objection from the holder of the original copyright.