"The fundamental cause of the trouble is that in the modern world the stupid are cocksure while the intelligent are full of doubt."
Posted by Mr. Lee at 1:24 PM No comments:

"It is necessary for the welfare of society that genius should be privileged to utter sedition, to blaspheme, to outrage good taste, to corrupt the youthful mind, and generally to scandalize one's uncles."
Posted by Mr. Lee at 1:53 PM No comments: 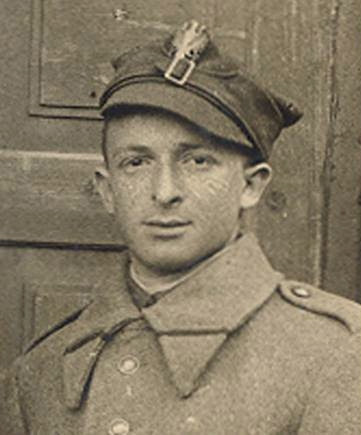 "If there is a lesson to be gleaned, it is that no person should succumb to brutality without putting up a resistance. Individually it can save one’s life; en masse it can change the course of history."
Posted by Mr. Lee at 1:21 PM No comments:

"The man who believes that the secrets of the world are forever hidden lives in mystery and fear. Superstition will drag him down. The rain will erode the deeds of his life. But that man who sets himself the task of singling out the thread of order from the tapestry will by the decision alone have taken charge of the world and it is only by such taking charge that he will effect a way to dictate the terms of his own fate."
Posted by Mr. Lee at 11:03 AM No comments:

From Protest to Resistance 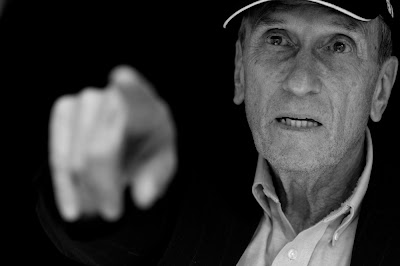 "Saul Landau, a determinedly leftist documentary filmmaker and writer whose passion for asking what he called “the most intrusive questions” yielded penetrating cinematic profiles of leaders like Fidel Castro and Salvador Allende, died on Monday at his home in Alameda, Calif. He was 77. Mr. Landau aspired to marshal art and literature to illuminate social and political problems, and his point of view was almost always apparent." Story continues here: Saul Landau, Maker Of Films With Leftist Edge, Dies At 77 (NY Times)
Posted by Mr. Lee at 10:50 AM No comments:

Memories By The Score 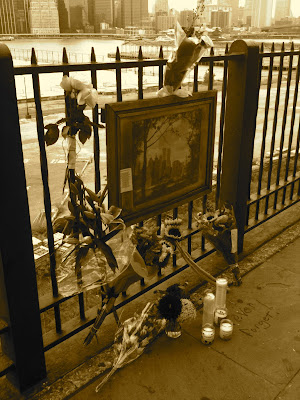 Into this neutral air
Where blind skyscrapers use
Their full height to proclaim
The strength of Collective Man,
Each language pours its vain
Competitive excuse…

He was thinking that none of it was real; it was all elsewhere, floating slowly just out of reach. Then she whispered in his ear, "you change the way I see colors," and the sky opened up like an epic Greek poem; a numerical vision bounced around his skull. He turned on the stereo and played that song again — they were all symbolic at that point, but this one resonated and brought forth joy which lacked the bitter-sweet taste he had become accustomed to. He still had questions, but the answers held not the depth they once had mere moments earlier. It mattered not where he was going anymore, but where he'd been: dancing like a loon, laughing, drinking, smelling, tasting. Living.

He too saw colors differently then.

"It is only through labor and painful effort, by grim energy and resolute courage, that we move on to better things."
Posted by Mr. Lee at 11:19 AM No comments:

Labels: Quote Of The Week, Theodore Roosevelt
Newer Posts Older Posts Home
Subscribe to: Posts (Atom)
Achilles In The Alleyway is a journal of art, prose, poetry, photography, politics, philosophy, life, death, and all the sounds that lie in between, over, under, sideways, and down.
All writing herein is copyrighted by Mr. Lee, unless otherwise credited.
All MP3s are posted for educational purposes and will be removed if there is an objection from the holder of the original copyright.