He Found A Way 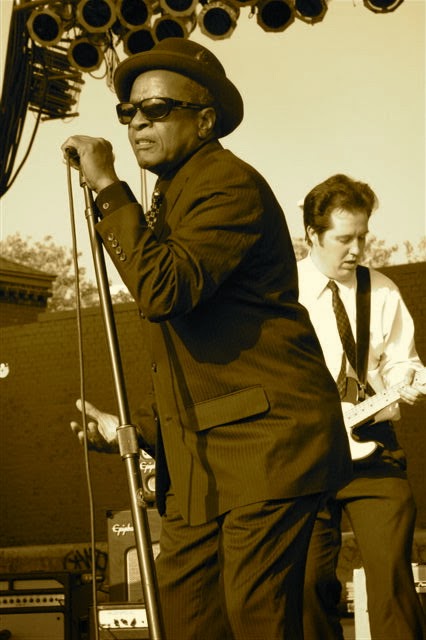 The Mighty Hannibal
Rest In Peace
Posted by Mr. Lee at 6:53 PM No comments:

Curse Of The Drinking Class 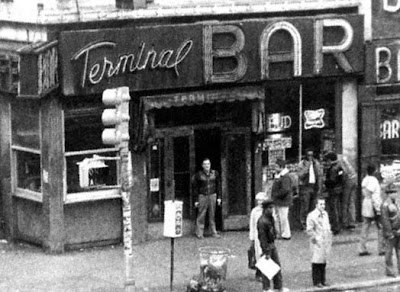 From 1972 to 1982, a bartender named Shelly Nadelman photographed the patrons and surroundings of the Terminal Bar, a watering hole across the street from the Port Authority. The 2002 documentary Terminal Bar was created using some of the over 2000 photos Nadelman shot during his ten year stint at the bar, truly capturing the old city in all its grit'n'glory.
Posted by Mr. Lee at 9:48 AM No comments:

How Can I Keep From Singing? 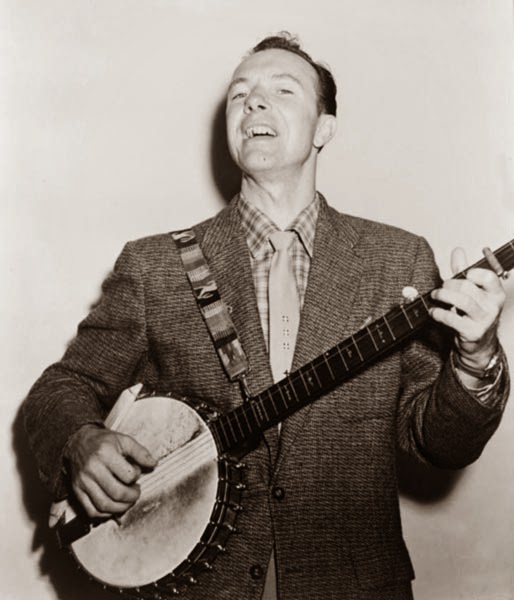 I can still vividly recall being a little kid and playing my copy of the one Pete Seeger record I had, carefully dropping the needle on "Guantanamera" as my copy was literally cracked. Though I quickly left Pete behind for Bob, there was something so soothing about Pete's voice; it was like an elder member of your family telling you that all would be "alright." As I got older, I found out about the man that Seeger was: inspiring, brave, loving, giving, championing. He led a long and distinguished life, yet his loss still feels huge. Fare thee well Mr. Seeger; thanks for all that you gave the world.
Posted by Mr. Lee at 10:33 AM No comments:

“The sense of unhappiness is so much easier to convey than that of happiness. In misery we seem aware of our own existence, even though it may be in the form of a monstrous egotism: this pain of mine is individual, this nerve that winces belongs to me and to no other. But happiness annihilates us: we lose our identity.”
Posted by Mr. Lee at 2:17 AM No comments: 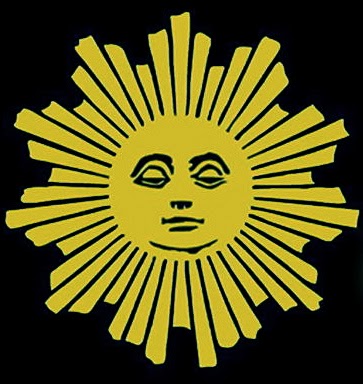 Happy 35th anniversary to Sunday Morning, one of the only shows worth watching on television. Thank you for your "absence of malice" and all the joy you bring in this often bleak and ugly world.
Posted by Mr. Lee at 11:41 AM No comments: 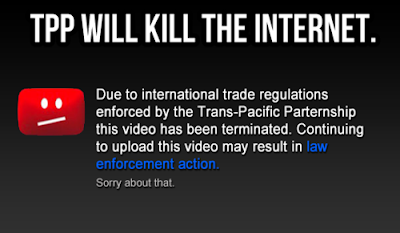 This is the future unless we act now.
Posted by Mr. Lee at 1:10 PM No comments: 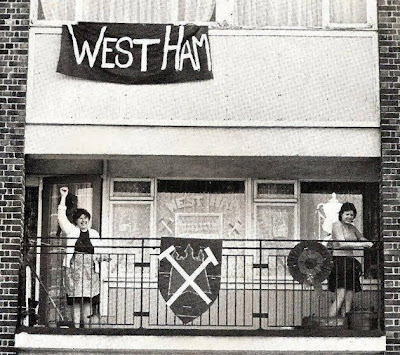 As a kid, going to Upton Park was something I couldn't do as much as I wanted because my dad was a shiftworker (fireman), but when we did get there, you knew that it was a place that had the most amazing sense of history to be inside, you knew that history and pride was emanating from every corner. The banter between fellow supporters was always sharp and funny, mostly we would joke about a loss or someone's bad form, BUT we did it with humor and with a self deprecating irony.

Now that humor has started to slip away, the bad feelings and mood have worsened, and it's because there seems to be people that are trying to destroy the old fashioned value of the club simply to propel it into a bigger corporate cash cow. The average fan was torn about the Olympic Sadium move, most want to believe that it will be a change to the club's fortune and that it will attract more fans and more revenue.

The owners have treated the club like they are fattening a cow for market, it will move to a polished and corporate charged stadium that will attract sponsors and potential naming rights. With that we will attract investors and become a bigger club that will lose some of its identity and a feel of selling your soul to the devil.

There are people in charge that just don't seem to care about the average person that spends a weeks wages to take his family to football. It's a sad fact that small "family" feel businesses are being pushed into corporate identities and West Ham is no different.

I will continue to support West Ham from my home in New York, with my NYC Hammers family that are as passionate about the club as someone that was born there, and whenever I go to the hallowed ground of Upton Park.

For some supporting West Ham is a birthright, for others it was about following a particular player, and for the others they chose to support a team that had history, class, and pride, and weren't one of the "corporate clubs." I hope that continues to be the way we attract new fans, but within our new corporate culture I somehow doubt that will be the case for much longer.


Guest post by Peter Taylor
Posted by Mr. Lee at 11:25 AM No comments: 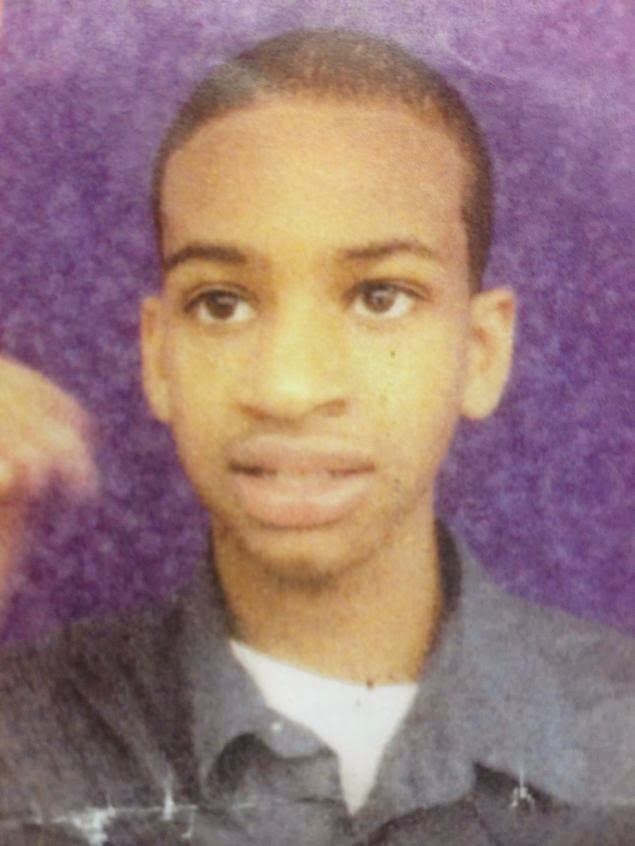 Avonte Oquendo
Rest In Peace
Posted by Mr. Lee at 10:00 AM No comments: 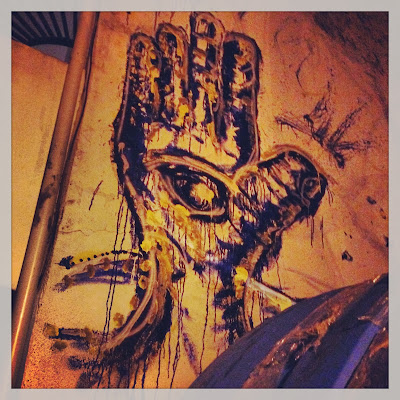 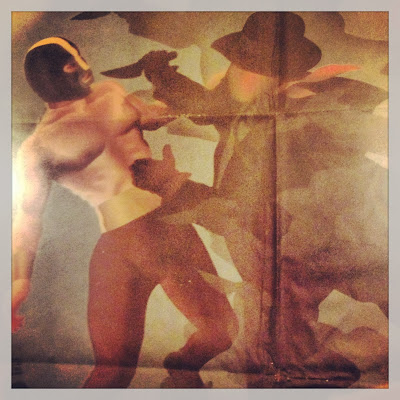 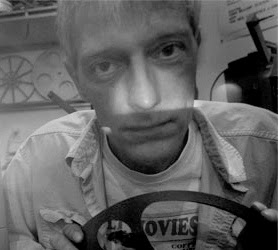 "The world of cult film was dealt a huge blow this morning when Something Weird Video’s Facebook page reported the death of Something Weird’s founder, Mike Vraney" … Story continues here: In Memory Of "Something Weird" Founder (Daily Grindhouse)
Posted by Mr. Lee at 11:38 AM No comments:

Labels: film, Mike Vraney, punk-rock, R.I.P., Something Weird
Newer Posts Older Posts Home
Subscribe to: Posts (Atom)
Achilles In The Alleyway is a journal of art, prose, poetry, photography, politics, philosophy, life, death, and all the sounds that lie in between, over, under, sideways, and down.
All writing herein is copyrighted by Mr. Lee, unless otherwise credited.
All MP3s are posted for educational purposes and will be removed if there is an objection from the holder of the original copyright.