Try For The Kingdom 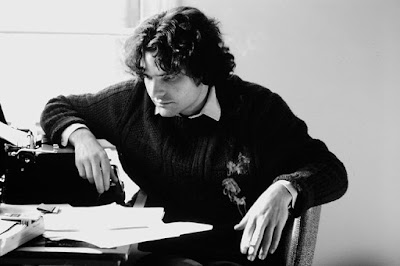 "My task which I am trying to achieve is, by the power of the written word to make you hear, to make you feel — it is, before all, to make you see. That — and no more, and it is everything."
Posted by Mr. Lee at 2:15 PM No comments:

"The hard-on is no laughing matter," Stanley announced to the chorus seated with black spectacles uniformly worn on their pablum-stuffed faces. Later, staring across the table into their eyes he barked with a smirk, "Yes, I will be her Philip Roth; her Arthur Miller..." This time, the garishly dressed waiter appeared astonished, almost dropping the gin and tonic he was bringing Larissa. It would've been fine with him, as she was onto her fifth one and giggling like a stoned teenager, dragging on further what seemed like an endless night of service.

The absurdity of the situation, or really Larissa's laughter and smile, tickled Stanley to no end. His own smile was uncontrollable and his joy palpable to all around him, as it had been for the past six months. (This is why, he suspected, they hated him.) He leaned back and thought... Had it actually been that long since he stumbled into the gallery, late night, after a long day of heat and frustration, anxiety and pain? The choice he made that evening some might call kismet, but he never believed in such things. Regardless, had he gone home as was the plan, the painting, the dancing, and this night — and all the nights leading up to it — would've never happened, and his life would be that of someone else.

Stanley drifted back from his thoughts to see what appeared to be sunshine across the table, filling the room with a sense of purpose and possibility. He rubbed his eyes, looked at the chorus, and then Larissa; dear sweet Larissa. His long held and unfounded fear was suddenly gone, and he knew what he to do. Why put off the end, when the end is actually a new beginning?

He put down his fork, tossed his napkin to the floor, pushed himself out of his chair, and began the last walk of his life.

Down By The Jetty 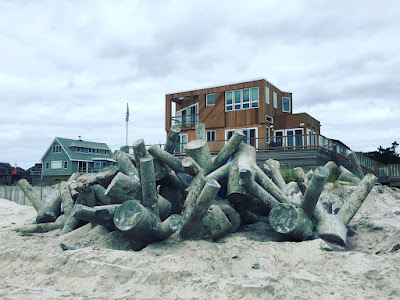 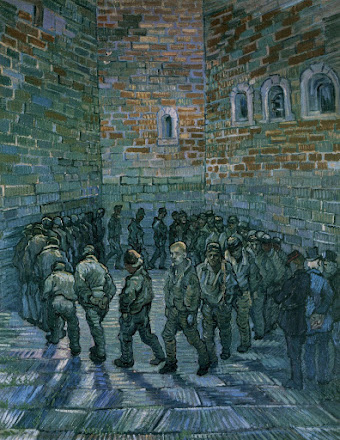 "Freedom only for the supporters of the government, only for the members of one party — however numerous they may be — is no freedom at all. Freedom is always and exclusively freedom for the one who thinks differently. Not because of any fanatical concept of 'justice' but because all that is instructive, wholesome and purifying in political freedom depends on this essential characteristic, and its effectiveness vanishes when 'freedom' becomes a special privilege."

Prisoners Exercising (aka Prisoners' Round) by Vincent Van Gogh, 1890
Words by Rosa Luxemburg from The Russian Revolution: The Problem of Dictatorship, 1918
Posted by Mr. Lee at 10:34 AM No comments: 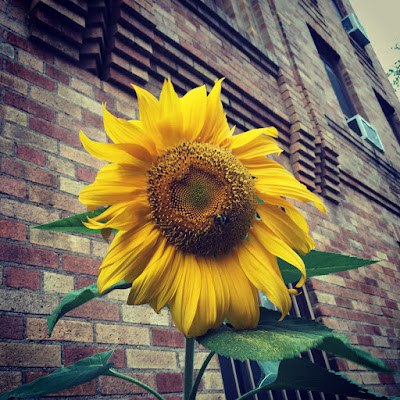 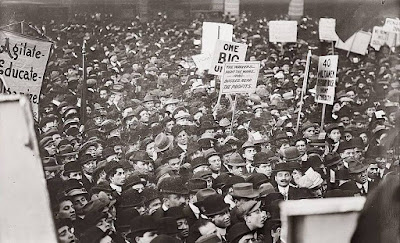 "Let no one build walls to divide us. Walls of hatred nor walls of stone. Come greet the dawn and stand beside us, we'll live together or we'll die alone. In our world poisoned by exploitation, those who have taken now they must give. And end the vanity of nations, we've got but one Earth on which to live.”
Posted by Mr. Lee at 11:18 AM No comments:

Email ThisBlogThis!Share to TwitterShare to FacebookShare to Pinterest
Labels: Billy Bragg, city-life, democracy, International Workers' Day, May Day, NYC, resistance, Socialism, The Internationale
Newer Posts Older Posts Home
Subscribe to: Posts (Atom)
Achilles In The Alleyway is a journal of art, prose, poetry, photography, politics, philosophy, life, death, and all the sounds that lie in between, over, under, sideways, and down.
All writing herein is copyrighted by Mr. Lee, unless otherwise credited.
All MP3s are posted for educational purposes and will be removed if there is an objection from the holder of the original copyright. 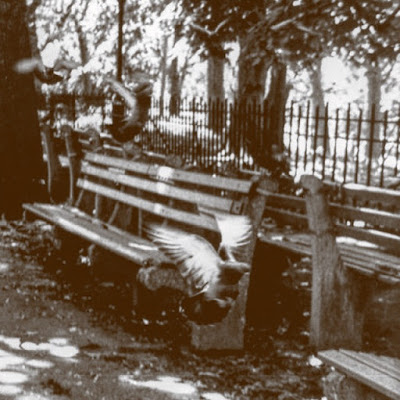