You And Your Folks, Me And My Folks

I was in funky little ice cream parlor staffed by an old school high school basketball team (a la The White Shadow), and owned by the X-Men crew. The walls were covered in framed tags and Funkadelic was blasting on the stereo at an insane volume. I debated getting some ice-cream for a while with an unknown friend and finally settled on a small cup of coffee-mocha. As I left I realized they had given me what seemed like a gallon's worth of the stuff, and it kept changing colors. When I finally scooped out a bite, it had no flavor; utterly without taste and kind of like eating thick air. I took the tub to the beach, sat in the rain, and began planning my trip to Algeria.
Posted by Mr. Lee at 11:17 AM No comments:

Away From The Numbers 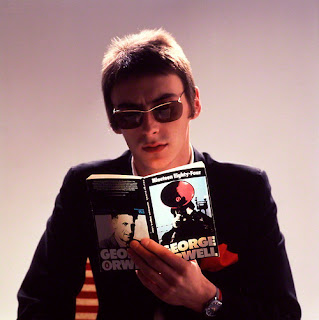 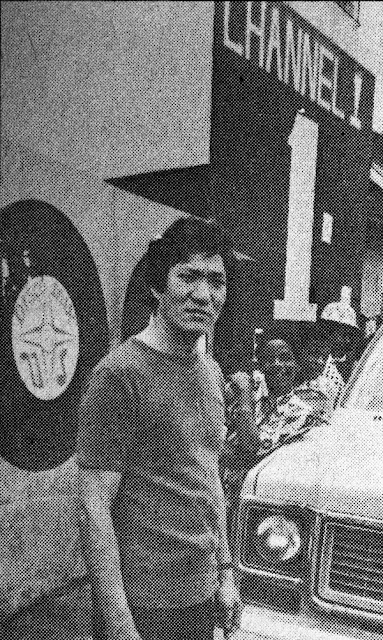 Joseph "Jo Jo" Hoo Kim was one of the most important Jamaican record producers of the '70s, developing a tough, militant roots reggae style known as the "rockers" sound. As the head of the Channel One studio and label family, Hoo Kim and his three brothers worked with many of the top reggae artists of the '70s, especially dominating the Jamaican charts in the latter half of the decade. Their house band, the Revolutionaries, spun off the legendary rhythm section of Sly Dunbar and Robbie Shakespeare, and their productions set new standards for high-tech sound quality in Jamaica.

Joseph Hoo Kim was born to Chinese and Chinese-Jewish parents and grew up in the rough Maxfield Park area of Kingston. His family owned a bar and an ice cream parlor in the area, and he and his three brothers -- Ernest, Paul, and Kenneth — initially went into business for themselves in the gambling industry, as slot machine operators. But when the Jamaican government outlawed gambling, JoJo turned to his new love, reggae music. He bought a top-quality four-track recording console and opened the Channel One studio in 1972, with Bunny Lee and Syd Bucknor serving as its first producer/engineer combination. Eventually those slots would be filled by JoJo and his brother Ernest, respectively, as well as a series of other talented up-and-comers. The studio's first year was a rocky one, as Hoo Kim struggled to perfect the technical aspects of the recording process, but soon the backing band -- dubbed the Revolutionaries — started to fall into place with the arrival of drummer Sly Dunbar in early 1973. (Other personnel would include bassist Robbie Shakespeare, keyboardist Ansel Collins, and veteran saxophonist Tommy McCook, among many others.)

Over the next few years, Channel One built a name for itself as one of Jamaica's best studios, thanks to its state-of-the-art equipment and top-notch house band. Its early records were often by veteran artists like Delroy Wilson, Leroy Smart, Junior Byles, and Horace Andy. However, Hoo Kim gradually built a stable of fresh talent that culminated in the 1976 release of the Mighty Diamonds' smash "Right Time," which gave Channel One the commercial breakthrough it had been seeking. Channel One productions dominated the Jamaican charts for the next several years, with major hits by the likes of Dr. Alimantado, Black Uhuru, the Meditations, and the Wailing Souls, and DJs like Dillinger, I-Roy, Trinity, and Ranking Trevor. Many of Hoo Kim's productions borrowed established instrumental rhythms from Clement "Coxsone" Dodd's Studio One catalog, an approach that laid the groundwork for much of the early dancehall sound. Hoo Kim also pioneered the 12" single format in Jamaica, offering vocal, DJ, and dub versions of the same song on a record that offered better sound quality.

In 1977, Hoo Kim's brother Paul was shot to death in a robbery, leaving JoJo badly shaken. Although the studio continued to run smoothly, he left Jamaica and its increasing violence and went to New York to gather himself. He wound up more or less settling there, but returned to Channel One on a monthly basis to oversee its operations. By this time, Sly & Robbie had split from the Revolutionaries to form their own label and production partnership, and continued to book time at the studio. During the early '80s, Channel One positioned itself at the forefront of the dancehall explosion, as hot new producer Henry "Junjo" Lawes and his new house band, the Roots Radics, came to the studio and built on its previous Coxsone Dodd worship. Artists like Barrington Levy, Frankie Paul, and Sugar Minott all found breakout success through Lawes and Channel One.

Hoo Kim, meanwhile, gradually began to move his family's other music-related ventures to New York; he opened a division of Channel One there, and relocated the record pressing plant operation to Brooklyn. He came up with the idea for the so-called "clash" album, mimicking live DJ competitions by devoting separate sides of an LP to separate artists; the concept became hugely popular in Jamaica during the early '80s. Even so, Hoo Kim was gradually losing interest in the reggae business. When dancehall mutated into the all-digital ragga style in the mid-'80s, he and his brothers largely gave up Channel One, and the studio and their labels were shut down by the end of the decade. Hoo Kim stayed in New York and retained control of the record pressing plant.

Text by Steve Huey/AllMusic
Posted by Mr. Lee at 1:09 PM No comments: 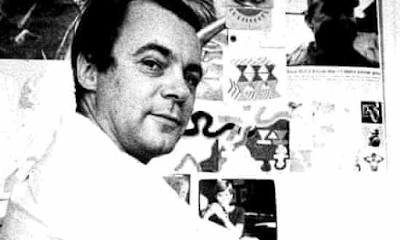 "I have no regrets about the path I took, which helped to backstop and record the youth revolution — maybe the first time in history that teenagers actually had power."
Posted by Mr. Lee at 10:45 AM No comments: 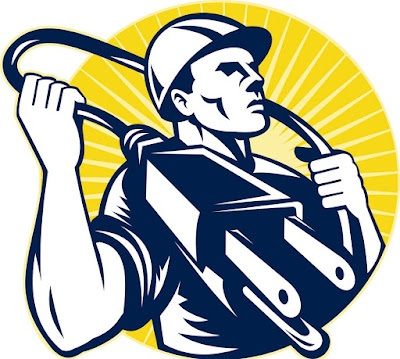 "One of the best-kept secrets in American politics is that the two-party system has long been brain dead — kept alive by support systems like state electoral laws that protect the established parties from rivals and by federal subsidies and so-called campaign reform. The two-party system would collapse in an instant if the tubes were pulled and the IVs were cut."
Posted by Mr. Lee at 8:00 AM No comments:

Into This Neutral Air 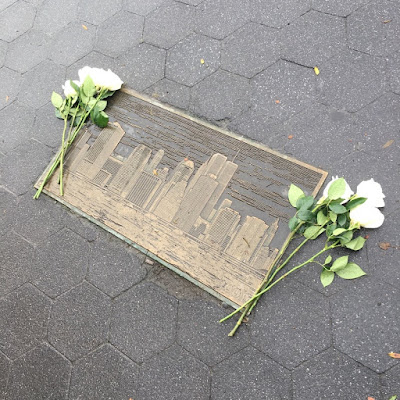 Every year I try to avoid listening to the 'reading of the names,' and yet I always find myself hypnotized by the words of my beloved neighbors, unable to pry myself away from the echo of loss. There is no closure and there never will be. Our sky remains broken.


There really aren't many bands better live than Art Blakey & The Jazz Messengers, circa 1959... Talk about firing on all cylinders! 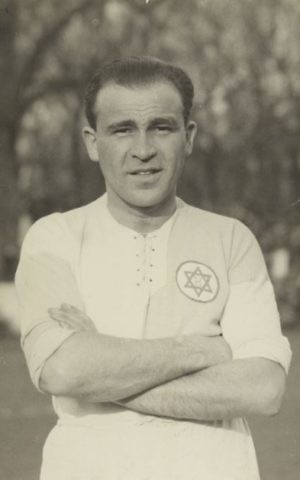 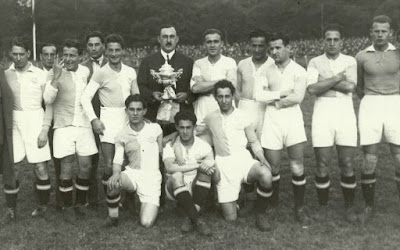 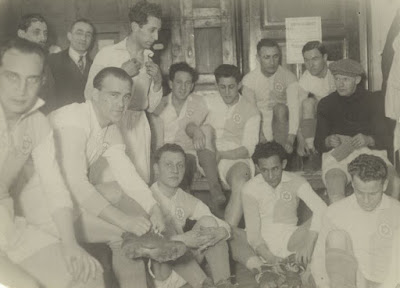 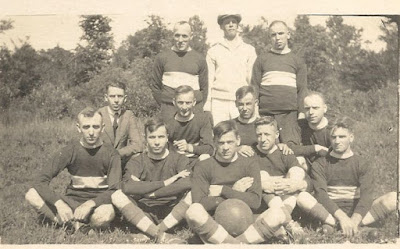 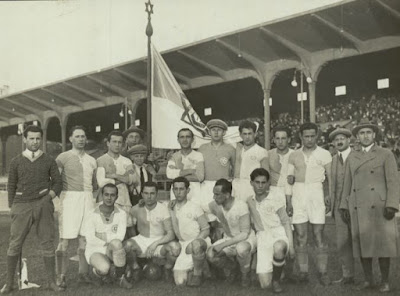 Ask Me What I Am 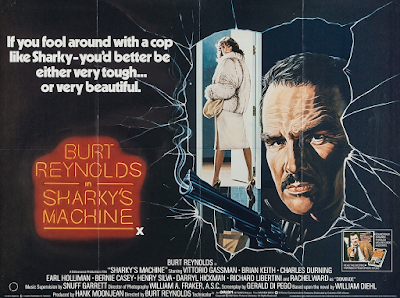 My fondest Burt Reynolds memory is when my great aunt took me to see Sharky's Machine in the theater. I was definitely way too young for the film, but loved it to pieces. She was aghast by the language and violence. Fare thee well Burt, thanks for the memories.
Posted by Mr. Lee at 3:22 PM No comments:

Things I currently don't dig: The uproar over an endorsement (for an overpriced product manufactured in sweatshops), shaming people for an honest day's work, attacks on the free press, Democracy in shambles, humidity, West Ham's abysmal start of the season, the Metropolitan Transportation Authority, and my achey big toe.

Things I am currently digging: the lost Coltrane album Both Directions At Once (still on constant rotation), my family and friends, quinoa, the poetry and essays of Victor Serge, my dogs, my recent record scores, being (temporarily) sober, and The Marvelous Mrs. Maisel.
Posted by Mr. Lee at 1:19 PM No comments:

Labels: activism, Dan Rather, democracy, John Coltrane, literature, poetry/prose, Rachel Brosnahan, revolution, ska/reggae, television, Victor Serge, West Ham United
Newer Posts Older Posts Home
Subscribe to: Posts (Atom)
Achilles In The Alleyway is a journal of art, prose, poetry, photography, politics, philosophy, life, death, and all the sounds that lie in between, over, under, sideways, and down.
All writing herein is copyrighted by Mr. Lee, unless otherwise credited.
All MP3s are posted for educational purposes and will be removed if there is an objection from the holder of the original copyright.