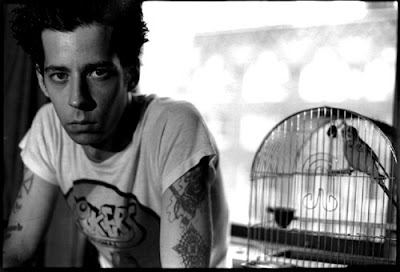 From the relatively small New York Hardcore scene and the A7 club to playing on The Tonight Show with the legendary Glen Campbell, Todd Youth had quite a spectacular musical journey.
Posted by Mr. Lee at 3:56 AM No comments:

"I remember he asked his father, 'Can this be true? This is the twentieth century, not the Middle Ages. Who would allow such crimes to be commited? How could the world remain silent?' And now the boy is turning to me. 'Tell me," he asks, 'what have you done with my future, what have you done with your life?' And I tell him that I have tried. That I have tried to keep memory alive, that I have tried to fight those who would forget. Because if we forget we are guilty, we are accomplices. And then I explain to him how naive we were, that the world did know and remained silent. And that is why I swore never to be silent whenever and wherever human beings endure suffering and humiliation."
Posted by Mr. Lee at 3:16 PM No comments:

Just To Get Away

Currently digging: a nice glass of Vermentino after a long-ass day of work, the inspiring writing of Rosa Luxemburg, the genius sounds of Thelonious Monk, attempting to live healthy, and the new monumental reissue of Feel The Darkness.
Posted by Mr. Lee at 9:11 AM No comments: 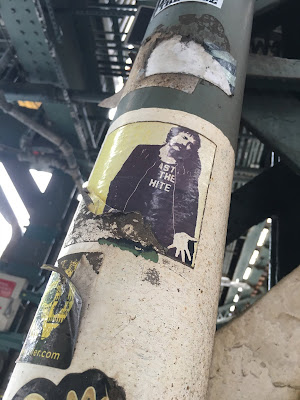 "The first mistake of art is to assume that it's serious." 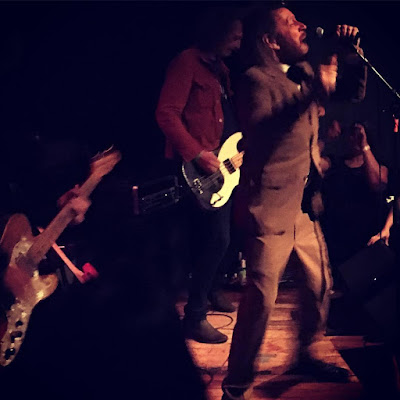 The Scientists live'n'loud in Brooklyn.
Photograph by Lee Greenfeld © 2018.
Posted by Mr. Lee at 1:40 PM No comments:


Was there a better group dynamic from a rock band at this point in history? I doubt it. Next-level stuff right here, which is quite possibly even better than the Live At Leeds show. The second Bill Graham finishes his intro, the band come out intent on nothing but total rock-action. The version of "Heaven And Hell" is surely one of the greatest documented first songs of a rock set. Stunning!
Posted by Mr. Lee at 12:10 PM No comments: 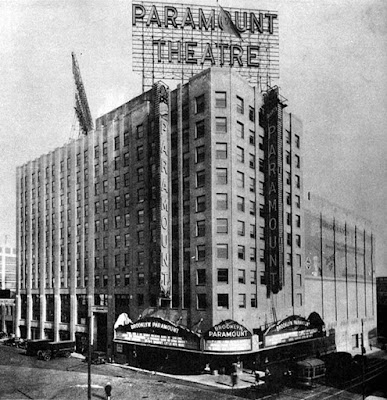 
Photograph and text via Brooklyneeze
Posted by Mr. Lee at 10:23 AM No comments:

Labels: Brooklyn, city-life, jazz, photography, rock'n'roll, soul
Newer Posts Older Posts Home
Subscribe to: Posts (Atom)
Achilles In The Alleyway is a journal of art, prose, poetry, photography, politics, philosophy, life, death, and all the sounds that lie in between, over, under, sideways, and down.
All writing herein is copyrighted by Mr. Lee, unless otherwise credited.
All MP3s are posted for educational purposes and will be removed if there is an objection from the holder of the original copyright.